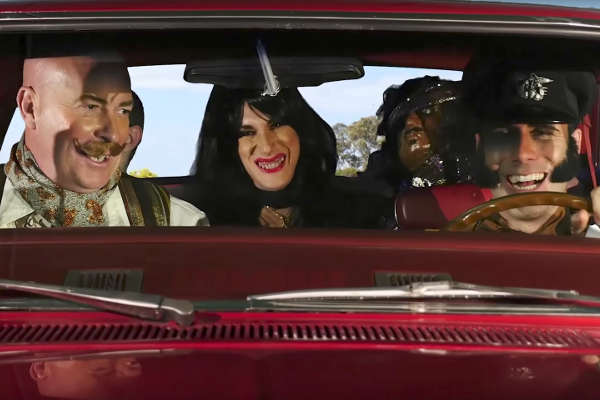 'Fags In The Fast Lane' – Quest For A Golden Cock

‘Fags In The Fast Lane’ will be screened over three consecutive nights in Melbourne after returning from a successful festival run across Europe and the US.

Fans of trash-art, lo-fi movies such as ‘Pink Flamingos’, ‘Faster Pussycat Kill Kill’, and ‘Rock ’n’ Roll High School’ will be blown away by the debauched deviant charm of this new film.

‘Fags In The Fast Lane’ takes off with a gay avenging hero on a quest for a mystical Golden Cock. Within a hyper-real fantasy world packed with bizarre characters and revolting villains he encounters a grotesque burlesque troupe, an Indian eunuch assassin, a gang of androgynous Elvises, even a GILF bordello.

Narrated by Tex Perkins, the film is described as “a loud, punk, pop-art cinema experience; a camp and crazy road movie blasting straight out of Melbourne’s north side rock ‘n’ roll and bar scene”.

On its debut international festival tour, the film won top honours for ‘Best Feature Film’ at the Horrorvision Festival in Barcelona and picked up second place at the Plan Nine Film Festival in Michigan, while star King Khan won ‘Best Supporting Actor’ at the Maverick Movie Awards.

The film also received an invitation to screen in the ‘Panorama’ section of the prestigious Berlinale, “… from an overexcited judge and film critic”, enthuses Melbourne filmmaker Josh Sinbad Collins’ about his camp, rock ‘n’ roll feature film.

‘Fags In The Fast Lane’ takes off with a gay avenging hero on a quest for a mystical Golden Cock.

“London was packed, Berlin went bananas, Bern was awesome and Amsterdam defied description with an audience of deviant drag queens and rock and rollers vying for who could hoot the loudest,” he says. 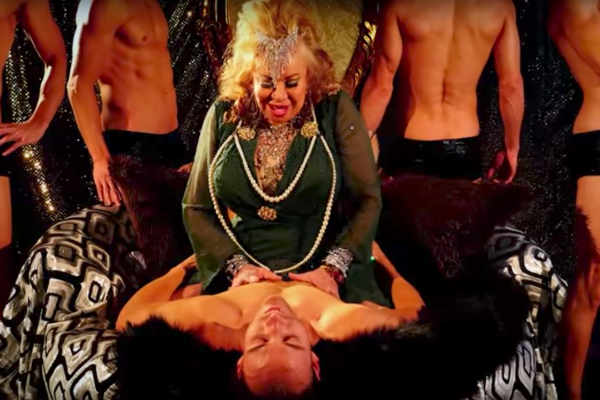 Backed by a soundtrack of garage rock (The Mummies, King Khan, Hot Wings), disco funk (Sugar Fed Leopards, The Seven Ups) and Elvis (Elvez the Mexican Elvis impersonator has a major role), the film stars an assortment of Melbourne’s underground musicians and personalities.

‘Fags In The Fast Lane’ iwas filmed entirely in Melbourne. Collins' former films include ‘Pervirella’ and ‘Perv Parlour’. He is also known in Melbourne for creating and running The LuWOW Tiki nitespot and in Perth, the Hula Bula Bar and Deville’s Pad.

Fags In The Fast Lane screens at Cinema Nova on 29 & 30 November and 1st December.