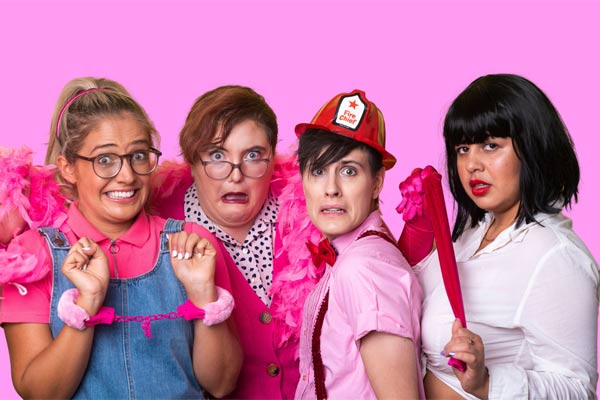 'All The King's Hens' sees Jan, Charlie, Andy and Olivia navigating the questionable world of hens parties to plan the biggest and most controversial event of the year. The show features original live music and a drag spectacular.

After working in a hens party company for more than four years, non-binary Musical Director and Co-Creator Anna Gambrill felt that the world of hens parties was the perfect platform to interrogate outdated gender roles and traditions around marriage and love. For the past four months, Anna and their all-queer cast and crew have been assembling 'All The King's Hens'.

"We wanted to create a show which moved away from a heteronormative and cis-male focused narrative – I don’t know of any other original cabarets written to feature drag kings," Anna says.

"I want to show how entertaining Drag Kings can be. It’s an all singing, all dancing camp musical show with something for everyone," Laura says.

So, what exactly does the final fling before the ring look like, and mean, in 2021? This colorful cast challenge traditions, deepen friendships and are forced to discover a new sense of self.