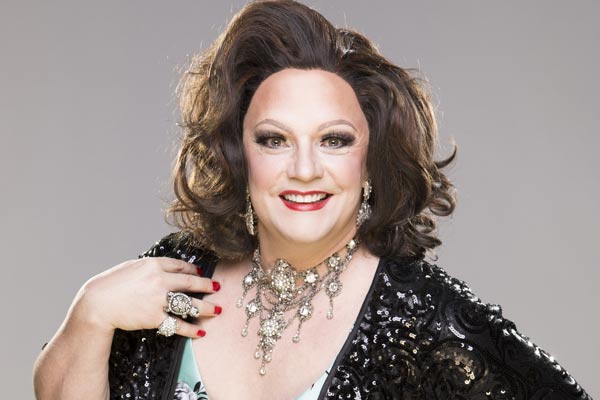 In its 19th year, Adelaide Cabaret Festival is the largest cabaret festival in the world; the place to cosy up, escape and be seen.

And by 'be seen', we mean be seen. LGBTQI+ representation is important, and this year the festival has a selection of shows with queer themes/stories/artists involved that you can head along to.

Let's continue to make ourselves known and be willing to share all sides of the lives of queer people. It's super important!

Check the shows out below.

An Evening With Zoe Coombs Marr
Creator of 'Trigger Warning' and 'Bossy Bottom', Zoë is a stand-up who pivots effortlessly between comedy festival line-ups and some of the world’s premiere stages as a theatremaker. She has worked locally and internationally with her performance company Post, and her theatrical collaboration with Ursula Martinez and Adrienne Truscott, 'Wild Bore' was the most talked-about show of the Edinburgh Fringe Festival. Don’t miss your chance to see what happens when this remarkable comedian is let loose on cabaret.

Dolly Diamond – Parton Me
Queen of Cabaret, Dolly Diamond, has performed the songs of many artists over the years but none have resonated quite so much as the legend that is Dolly Parton. The most honoured female country performer of all time with a career spanning more than 50 years, every Dolly song tells its own unique story. Supported by a fabulous live band and Adelaide’s highly acclaimed vocal powerhouse, the Gospo Collective, see Dolly on Dolly share a few favourite stories... As only Ms Diamond can do.

End Of The Rainbow
Judy Garland, her fifth husband-cum-manager, Mickey Deans, and her longtime accompanist, Anthony, check into The Ritz Hotel in London. With her reputation in tatters, Judy prepares for a five-week run of shows at London’s Talk of the Town nightclub. But as opening night nears and the pressures of fame bear down harder than ever, her world slowly begins to fall apart. Telling the story of Judy Garland’s fabled last days, Peter Quilter’s worldwide smash hit 'End Of The Rainbow' tears down the bright lights of Hollywood myth to reveal an enthralling tale of passion and manipulation. Musical theatre icon Helen Dallimore ('Wicked', 'Legally Blonde The Musical') plays the Hollywood legend in all of her fragile and manic glory. This unmissable performance will bring the beauty, complexity and music of Garland to the stage once more. 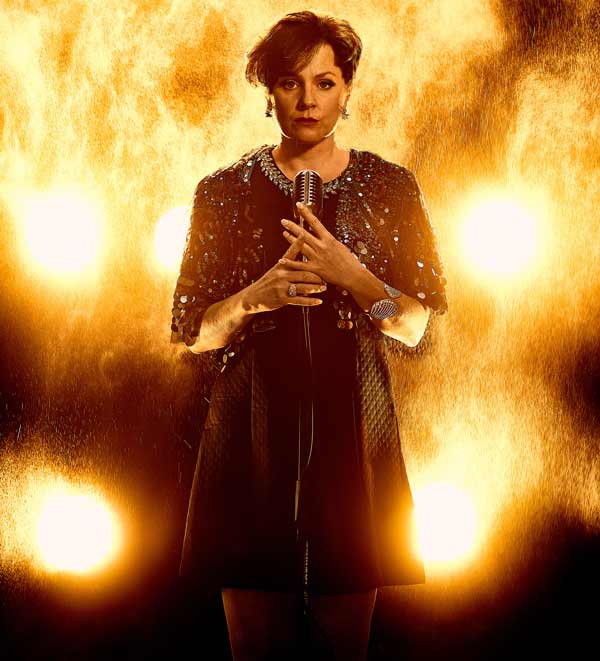 'End Of The Rainbow'

Larissa McGowan – Cher
Choreographed and performed by award-winning choreographer, dancer and fan, Larissa McGowan; 'Cher' explores the persona and characters of the ultimate pop chameleon in this contemporary dance piece. A mash-up of gender, power and pop culture, Larissa uses Cher as an icon for transformation and aging as a female artist. A self-discovery of epic proportions; a headfirst dive into the artist’s path to immortality.

LGBTI+ Elders Dance Club
Lesbian, gay, bisexual, trans, gender diverse and intersex elders and their allies are invited to an afternoon social to enjoy food and drinks, learn new dance moves and interact with other LGBTI+ elders and allies. Created by Melbourne based artists All The Queens Men, LGBTI+ Elders Dance Club champions the recreational and social rights of LGBTI+ elders, creating a safe and inclusive space for the community. In Adelaide for the first time – all welcome.

My Life In The Nude
In 2013, Maude Davey retired her nude acts with a celebration of her body of work, which included the notorious ‘My C**t’ monologue that was made into an acclaimed short film, and the infamous ‘Secret Strawberry’ routine that made her a lesbian icon in the nineties. However, just like John Farnham, she keeps coming back to do it for the last time – again. Moving between autobiographical monologue and highly produced performance pieces, 'My Life In The Nude' is much more than the sum of its parts, it’s a truly transformative night in the theatre.

One Hander – Tom Campbell
Tom Campbell is a one-handed, gay actor desperate to be in a big Broadway musical. In this stand-up comedy, he shares his take on the world (as the world shares their take on him). See the Sydney Theatre Award-winning actor from 'Downton Abbey', 'Party Tricks', 'All Saints' and 'The Saviour' in this original comedy. May include abuse, sarcasm, sweeping judgments but plenty of show tunes!

Steven Oliver – Bigger And Blacker
Comedy and television sensation Steven Oliver is black royalty (yes, he’s a big black queen, and still single if you must know). From ABC’s hit series 'Black Comedy', Oliver is well known for being ‘faboriginal’. But what might come as a surprise is his thoughtful, original songs. Join Oliver on his own journey of self-discovery with candid stories about family, modern love and choosing to be a recluse after a taste of fame. With musical direction by Helpmann Award winner Michael Griffiths. 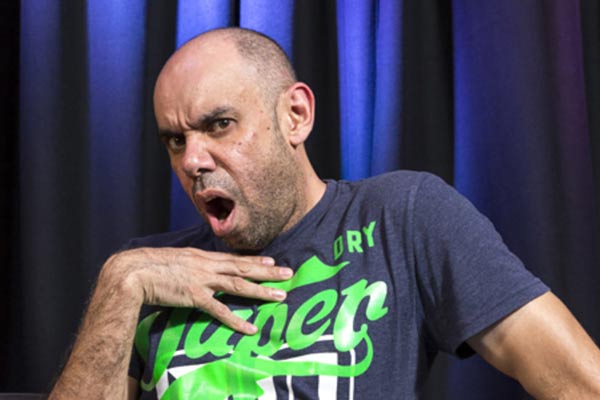 The 11 O’Clock Number – Haus Of Hans
Dripping in glitter and diamonds, Hans hosts your late night club in a variety show with a glamorous difference. Inspired by the opulent New York City club scene of the '80s and early '90s (popularised in films like 'Paris Is Burning' and the TV series Pose), be transported into a world where the rules are thrown out the window. Your host, the international cabaret darling Hans, will guide you through an evening of disco, dance and drama, joined by some of the legendary guests of this year’s Adelaide Cabaret Festival. Following the show, Hans jumps behind the DJ decks spinning songs from the likes of Donna Summer and Diana Ross through to the modern day to keep you on your feet until the wee hours of the morning.

The Letter String Quartet With Tina Del Twist
Join cabaret powerhouse Tina Del Twist and eclectic virtuosos The Letter String Quartet for a dark and debauched sensory tour of songs and stories negotiating the family outcast. Imagine a Christmas party, wedding speech, birthday celebration and funeral procession all rolled into one. Via original songs, covers and laughs, 'The Silly Season' celebrates family fortunes, misfortunes and what it means to be the bohemian-esque Aunt Tina.