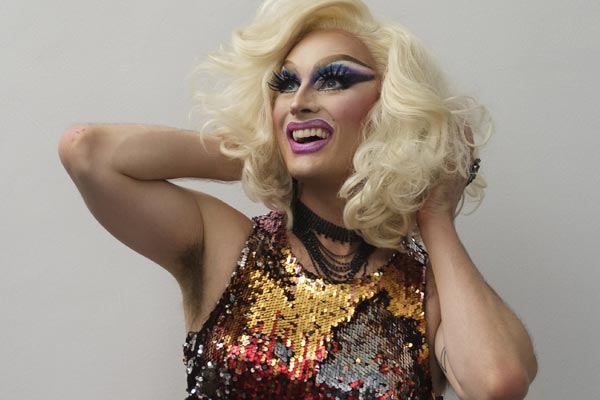 Melbourne-based actor, writer and producer Andy Johnston has travelled the world performing on stage and screen, most recently creating a weekly podcast called 'The V Spot'.

'The V Spot' is hosted by Andy's drag alter ego Viktoria Bitter. Viktoria is a self-appointed drag journalist who wants to use her stage to break down the walls both within and outside of the LGBTQIA+ community.

To learn a little more about the intentions, goals and ideas behind 'The V Spot', we had a chat to Andy.

Tell us a little bit about 'The V Spot''s beginnings. Where did the idea come from?
Well as Stacie Orrico once said “there’s gotta be more to life!”, and in 2020 I had really being thinking about that and about myself which is not unusual and one day I thought, yes Stacie! There must be more to life as a drag queen! Without a stage and an audience how can I continue to entertain and empower the peoples? And so, combined with the fact I just love to talk to people and hear their stories and of course my dream to host my own show, it was a bit of a no-brainer! So I bought a microphone, called some fabulous friends and off I went!

And what's the intention for the podcast?
Stimulation through conversation! I want to stimulate the hearts, minds and souls of as many people as I can by creating a space for LGBTQIA+ artists, activists and allies to share entertaining, empowering and educational stories with listeners all over the world. I think it is very easy and very safe to get cosy in our own communities, pop the blinkers on and ignore those who don't identify in a similar way to ourselves. I feel like that attitude is very present within mainstream gay culture these days, I think it's reductive and ignorant and I don’t like it. Honestly, I reckon I’ve felt marginalised by my own community more often than I have by the straight world. So I’m using my drag, my privilege and my platform, to break down those walls, to instigate social change and invite people to have more meaningful conversations. We are all human, we all have a story to tell and we can learn so much about ourselves and the world if we shut up and simply listen to what other people have to say. 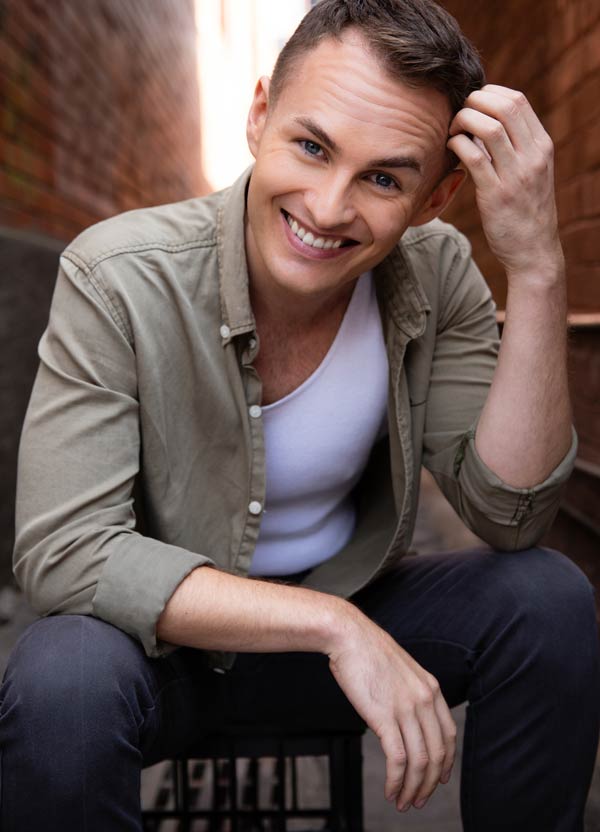 Did you want to host the show as Viktoria Bitter from the beginning?
Absolutely! Earlier this year I produced an interview segment as part of a boutique music festival’s streaming content and Vikky B hosted that. The musicians responded really well to her and it was a big success so when I decided to create the podcast it made sense to keep that drag element as a main aspect of this interview-style project.

Why was it important for you that she host?
Well I’m actually quite shy and an introverted kind of guy and Viktoria gives me the confidence to say and do things I normally wouldn’t. Viktoria is born to host her own show! She is unafraid to ask difficult questions, to be wrong, to speak her mind and to learn, and I actually feel that kind of powerful vulnerability encourages each guest to be just as courageous with expressing their truth. What people might not know is that even though it’s not a visual medium, I still get into full drag for each interview so it is an authentic experience for me, the guest and the listeners.

Give us an example of the topics of conversation one might encounter listening to 'The V Spot’.
Well it really depends on the guest but I go into each interview with an array of questions covering both personal and professional perspectives on things like: Queerness, art and the arts industry, social issues, mental health, drag. . . But then things can turn on a dime and we get very camp and very silly very quickly! You can be sure to laugh, be inspired and learn something new about yourself or the world from each episode – that’s for sure! The 'Quicky With Vikky' quick-fire questions at the end of each interview are always my favourite, never a dull moment with those ones!

The podcast is quite fresh. How have you found its reception so far?
It’s been so positive! It’s very exciting to see listeners from all over the world already feeling the good vibrations directly from my 'V Spot'! It feels really nice! It does take a bit of getting used to though – like when someone slides into my DMs or drops into a conversation that they listen to the podcast, it’s a bit unexpected because when I do the recordings it’s such an intimate and personal experience for me I forget that it’s available to people all over the world! I can’t physically see the audience so I can’t really gauge impact or reach. So that’s really exciting and makes all the hard work worth it when I get that feedback. If you listen and love it let me know! And tell all your friends! 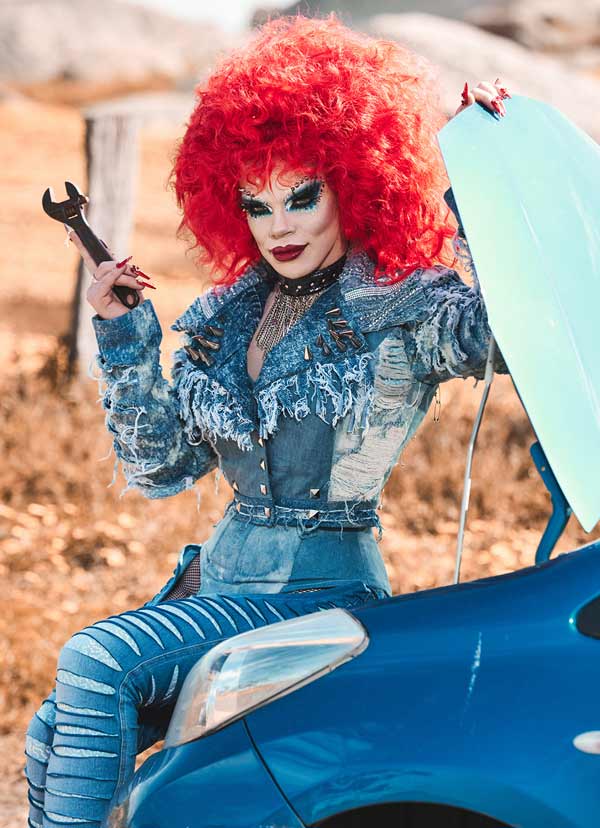 Art Simone is a guest on 'The V Spot'.

Do you have a clear focus on where you want to take the podcast in 2021?
I do! I would love to keep developing it, massaging out some little kinks in the backend and potentially getting picked up by a production company. I definitely see it eventually being made into a series for an online streaming platform like SBS On Demand or Stan, I’m manifesting that dream big time! If you’re a TV producer shoot me an email, let’s chat! Until Viktoria Bitter is a household name my main focus for the next year is looking at how I can make these stories as accessible as possible to as many people as possible. For example making full transcripts of each episode for hearing-impaired folk. I’m a one-man band at the moment so that work would probably require a bigger team but for now I am just taking one bite at a time, there’s no rush.

Why do you think a podcast covering the things 'The V Spot' covers is important?
By having these types of conversations it encourages others to have them too and that is how we create positive change in the world, one meaningful exchange at a time. I hope to lead by example in some sort of way. If we can all practice vulnerability and grace toward those within our own communities, if I can encourage that within these conversations, then I think that these topics and themes and ideas that come alive in the podcast can reverberate into the community and suddenly it's not just two people chatting about the importance of authentic queer representation in art for example, it’s four people, then its a table of six friends over dinner, it’s a private DM conversation, It’s a theatre programmer re-thinking the next season of shows at a venue. . . I just really believe in the power of vulnerability. I host from a place of vulnerability and I invite my guests to exist in that same space during our conversations, that is where my control as an artist and as a person ends but my vision is that it has a ripple effect on listeners and they carry that into their lives and their conversations.

A dream guest to have on 'The V Spot' would be. . .
I have so many! I literally have a spreadsheet with pages and pages of names. I’m going to pick a few because I’m a Libra and can’t decide on one. Brandon Kyle Goodman, Magda Szubanski, MJ Rodriguez and I really think that Viktoria Bitter and Jeff Goldblum would have a bloody excellent conversation – can you imagine the sexual tension? Woof! Oh, and Sasha Velour!

Describe 'The V Spot' using any song lyric you like.
Great question, I’m stealing this for my interviews! It’d be something quite gay but equally profound. I think I’ll go with: “I go oo-oo, you go ah-ah. Lah lah lah lah! A-lah lah lah lah”. . . 'Untouched' by The Veronicas.

Season one of 'The V Spot' is now live on Spotify, Apple, Google and anywhere you listen to podcasts.