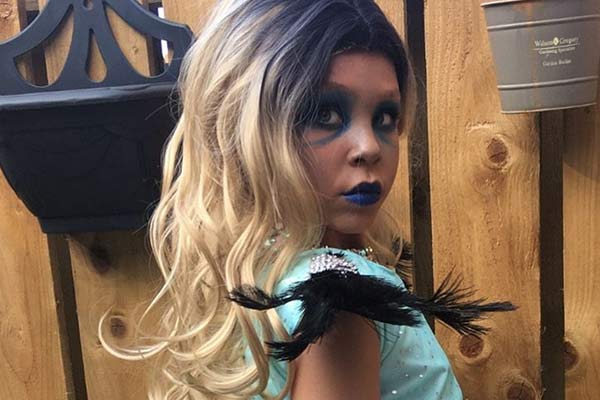 Fabian Butler from Gwent in South Wales ditched sport at around age eight and chose instead to start wearing his mum's clothes.

Initially this was a bit of a shock to his dad Darren. He tried talking his son out of it, but eventually realised it wasn't just a phase. Now, Darren takes Fabian – drag name Francheska Valley – to gigs, and even helps to pick outfits.

Darren's wife and Fabian's mum Rachel was an important stepping stone in Darren changing his tune.

"She persuaded me to go to his first performance, I really didn't want to go," Darren told the DailyMail. "But as soon as I saw how happy he was on stage, I could see how much it meant to him."

"It brought a tear to my eye and I realised he can't live his life through my eyes. He has to live his dream, not my dreams.

"I am the proudest dad in the world."

Fabian performed Ariana Grande's 'God Is A Woman' with his drama club, which Darren says made him realise Fabian's drive for being on stage. Cut to now, and just this year Francheska performed at the hugely popular 'RuPaul's Drag Race' DragCon event in London. . . To 7,000 people!

"I'm so happy my dad supports me – my favourite thing is when he tells me he loves me because it means a lot to me," Fabian says.

"It's brought us together and all I've ever wanted is for my dad to support me and be proud of me."

Keep SLAYING as Francheska, Fabian! You are a star. And nice work to dad Darren for letting Fabian do his thing.