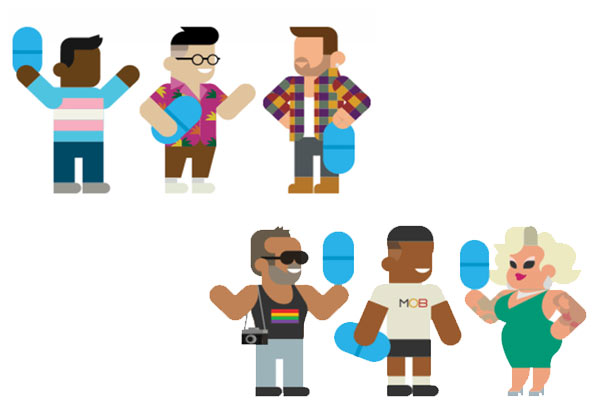 A new awareness campaign from AIDS Council Of NSW highlights the different ways in which gay and bisexual men can use HIV prevention drug PrEP to protect from HIV.

There are now three highly effective ways to take it. They include Daily PrEP, PrEP-On-Demand and Periodic PrEP.

On-Demand involves taking fewer pills at specific times, recommended for cisgender men who have sex with men. Periodic PrEP is essentially daily dosing for a limited period when someone is expecting to engage in sex, such as a few weeks during a holiday or party period, rather than long-term dosing.

"PrEP is now the most commonly used HIV prevention strategy for gay men. This means, that for gay and bisexual men, even if they are not taking PrEP, chances are they will meet someone who is and it will affect the decisions made when it comes to sexual practices," ACON Acting Director for HIV & Sexual Health Matthew Vaughan says.

"Whether you’re already using PrEP, have used it previously and may have stopped, or have never taken it before, more ways to take PrEP means there’s an option for everyone – start by having a conversation with your doctor about what best works for you."

More information on the Take Me campaign can be viewed here.