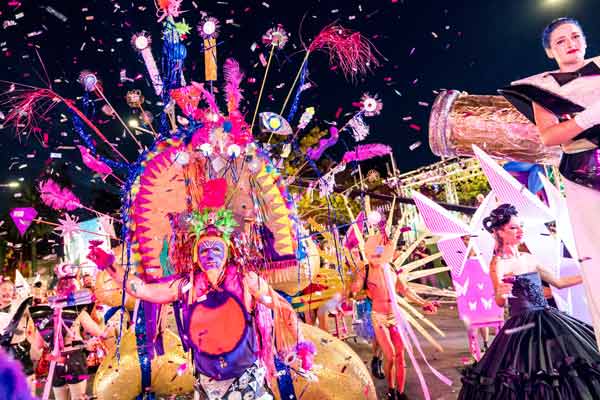 Sydney To Host WorldPride In 2023

Sydney Gay And Lesbian Mardi Gras has won the bid to host WorldPride in 2023!

Members of the worldwide InterPride network of pride organisations voted between Sydney (60 per cent), Montreal (36 per cent) and Houston (3 per cent) as the host city in 2023.

The event will be held over February and March, coinciding with Mardi Gras 2023. This will be the first time it's ever been in the Southern Hemisphere and Asia Pacific region, which is important considering many queer communities in the Asia Pacific are still denied fundamental human rights.

The bid was helped by a video which featured a bunch of queer and allied personalities pushing the campaign. Check it out below.

"We are so excited that World Pride 2023 is coming to Sydney and what it means for Australia and the Asia Pacific region," Michelle Jablko, ANZ Chief Financial Officer and Executive Sponsor of ANZ Pride, says. "ANZ is proud to have supported this bid not only because of our enduring partnership with Sydney Gay and Lesbian Mardi Gras, but also as a way we can demonstrate our commitment to diversity, inclusion and respect to the community. Congratulations to the team who worked so hard on this bid."

Get excited for WorldPride in 2023, Sydney!