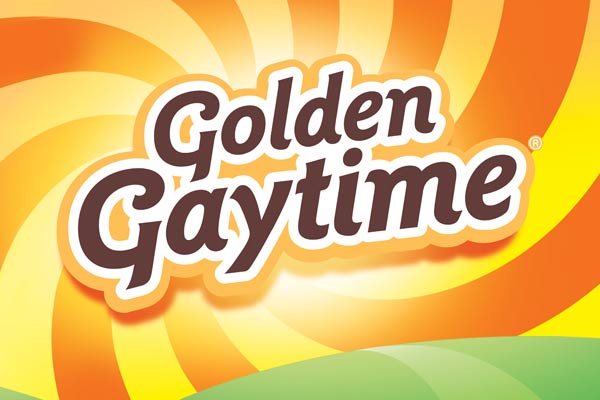 A petition has appeared on change.org to rename the iconic Golden Gaytime.

The petition, launched by a man known as Brian Mc, states that the ice cream's name – first released in 1959 – is 'outdated' and 'offensive'.

"As a part of the LGBTQIA+ community I believe my sexual identity is owned by me, not a brand and that the outdated meaning no longer applies," Brian Mc states in the description of the petition.

"I do feel it’s time that the Golden Gaytime is called out for being outdated, especially when Streets is releasing new products and cross promotions in 2021."

Brian goes on to question why queer people would be willing to stand behind the product when it has not shown support for the community outside of 'sharing an image' and 'serving an ice cream on Virgin Australia Pride flight'. 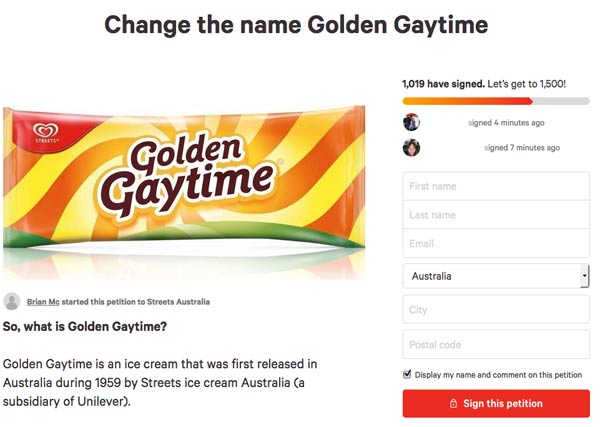 Streets/Unilever have responded to the situation by clarifying that the origin was taken from the word 'gay' meaning 'to have a joyous or happy time' – in 1959, when the product was first named, 'gay' had not yet been applied to gender preference.

At the time of writing, the petition to rebrand Golden Gaytime has more than 1,000 signatures.

So what are your thoughts? Is renaming the ice cream too much of a stretch? Or totally reasonable?